We have 11 guests and no members online

Abbey Road is a thoroughfare in the borough of Camden and the City of Westminster in London, running roughly northwest to southeast through St. John's Wood, near Lord's Cricket Ground. It is part of the B507 road. This road is best known for the Abbey Road Studios and the 1969 album, Abbey Road, by The Beatles.

The north-western end of Abbey Road begins in Kilburn, at the junction with Quex Road and West End Lane. The road was named for the nearby Kilburn Priory and its associated Abbey Farm. It continues south-east for roughly a mile, crossing Belsize Road, Boundary Road, and Marlborough Place, ending at the junction of Grove End Road and Garden Road.

EMI's Abbey Road Studios are located at the south-eastern end, at 3 Abbey Road, St John's Wood. The Beatles and many other famous popular music performers have recorded at this studio, and The Beatles named their last studio LP Abbey Road. The album's cover photograph shows the four group members walking across the zebra crossing just outside the studio entrance. As a result of its association with The Beatles, since 1970 this part of Abbey Road has been featured on the London tourism circuit. In December 2010 the crossing was given Grade II Listed Building status by English Heritage despite its age not being contemporary to that era.

The zebra crossing featured on the Beatles cover, as well as the crossing directly north of it, have become popular photo-opportunity areas, despite the road still being a busy thoroughfare for traffic. The iconic Beatles album cover has been parodied many times over the years on the crossing. The tin street sign on the corner of Grove End Road and Abbey Road is now mounted high on the building on the corner, to save the local council the expense of cleaning and replacing the sign, which was frequently defaced and stolen. The council repaints the wall next to the zebra crossing every three months to cover fans' graffiti. 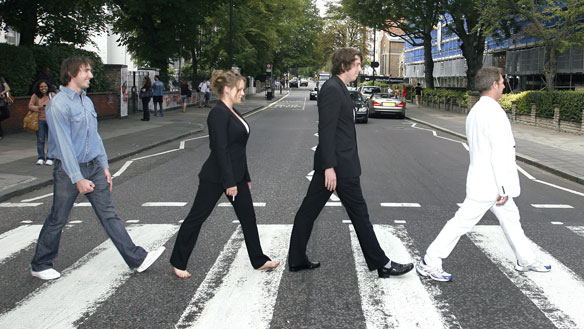 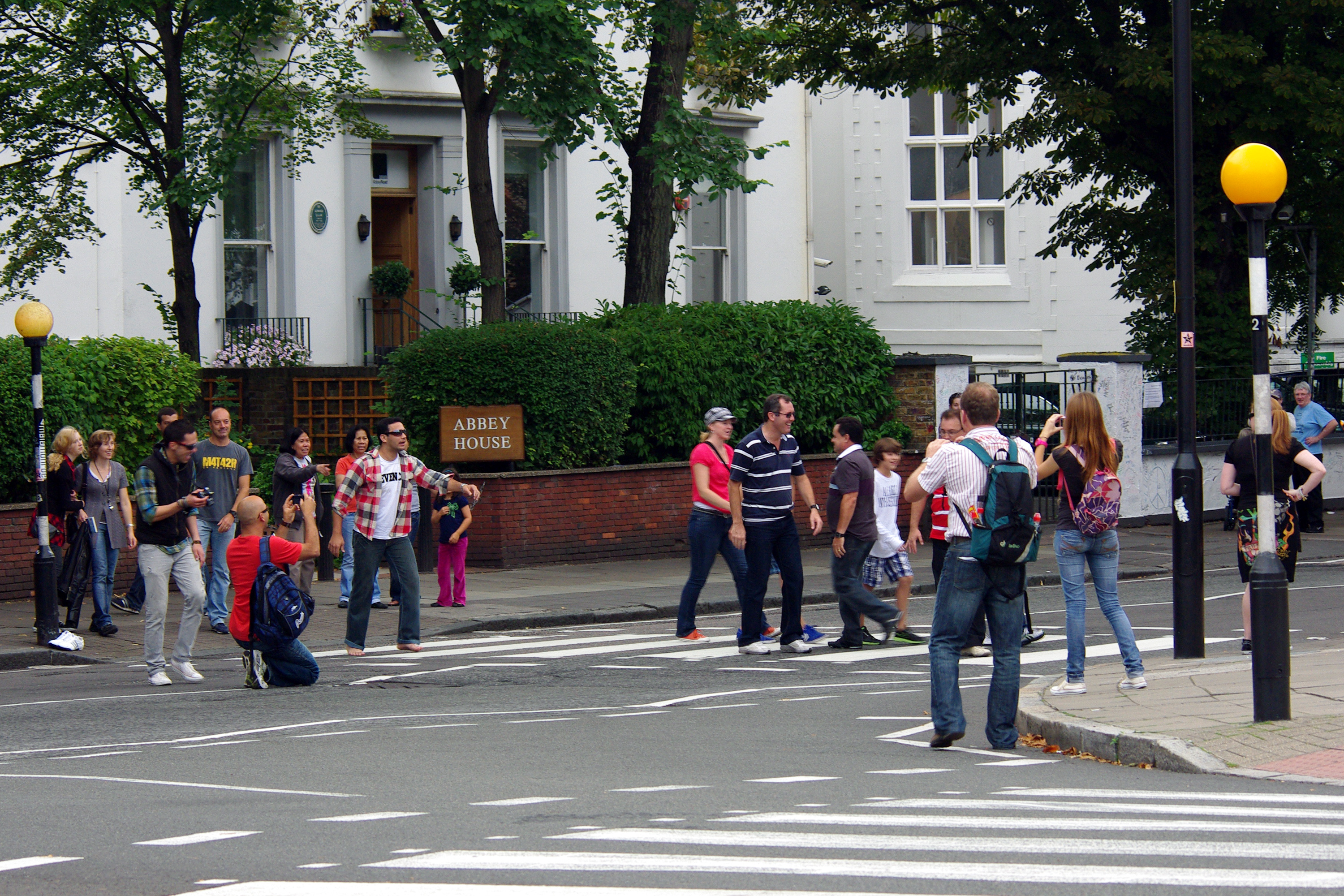